This is an English translation of the original German interview I conducted with Annette Dittert. Links were changed to English language ones where possible.

A note on where this is published: Ich kann nicht mehr leben ohne is a blogazine I write together with two friends: Ursel Braun and Cerstin Henning. It is a blogazine about life, women, fashion, travel, good things and bad things — and anything and everything we can no longer live without (that is what the blog name means). We do an annual photo shoot — here is our latest — and have featured in a German women’s magazine. Writing this web blogazine with my friends, laughing with them when a safety pin is needed to make the photo shoot work, is one of the things that keeps me sane in this Brexit shit show.

Annette Dittert works as a journalist for the ARD, one of the main German TV channels. She used to host its main morning show and then worked, from 2001, as the ARD’s correspondent in Moscow, New York and Warsaw. Between 2008 and 2015, Annette Dittert was the ARD’s senior correspondent in London. Today she is, like me, a German on Brexit island, living in a country that we both fell in love with at first sight, but for the future of which we now have grave concerns. How EU citizens have been treated in the UK since the EU referendum, let’s be clear, is simply disgusting and truly shameful.

A a result of our shared experience, I was delighted to meet Annette Dittert via twitter – @annettedittert and @cliodiaspora that’s us. But it was even nicer to meet her in person on her houseboat, Emilia, in London recently, to talk about her book London Calling: Als Deutsche auf der Brexit-Insel, life on a houseboat, and her arte documentary „Polen vor der Zerreißprobe: Eine Frau kämpft um ihr Land“. 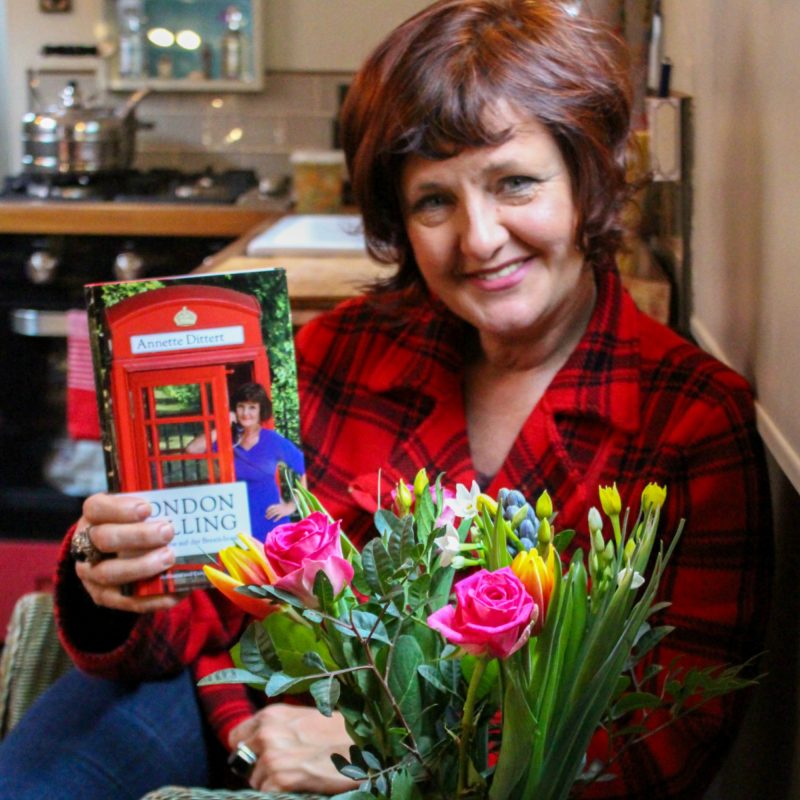 I am so delighted to meet you here in London on your boat … two Germans on Brexit island! Was Brexit the motivation for you to write the book?

Annette Dittert: Brexit was the hook. After I finished as the ARD’s London correspondent I quite frequently got offers to write something about London or my boat, but I always turned those offers down. After all, there are plenty of books about London already. But with Brexit on the horizon I was sitting here every day thinking: ‚What the heck will happen now?‘  That was like a booster detonation for the book. I suddenly felt that this was not only a story that I wanted to tell, but also one that I had to process for myself. For I too, like all EU citizens here, suddenly felt less welcome. Wasn’t really at home anymore. No longer accepted. Like you, I have taken what has happened since the EU referendum very personally. In that sense the book was also a tool for me to ask myself what Brexit actually means. Whether my love for London can withstand Brexit. London has already changed significantly since my arrival 10 years ago. The Grenfell Tower disaster is a symbol of the London that I no longer love: a city that is becoming more and more commercial, more and more expensive, and more and more divided between the rich and the poor. Many parts of town, for instance Spitalfields, have lost their identity entirely. That is also something I write about in my book. But still, for me London remains the most beautiful city in the world. That is why I am still here.

Much has changed in the UK … but how is it for you personally? For myself I can point to a number of things, from the worst kind of online abuse to friends who are no longer friends.

Annette Dittert: Yes, much has changed, especially for me personally. I lost a very good friend because she suddenly began to make weird anti-German remarks. Her behaviour really shocked me. We haven’t spoken a word since that happened. I cannot see how this could be resolved or healed, because it came with such aggression against me as a German, as an EU citizen. I’ve never experienced something like that before. Never before have I,  just because I am a member of a particular group — German, European or whatever — received such hostility. Sometimes also on the tube when I was talking German. That didn’t just happened to me but also other Germans. 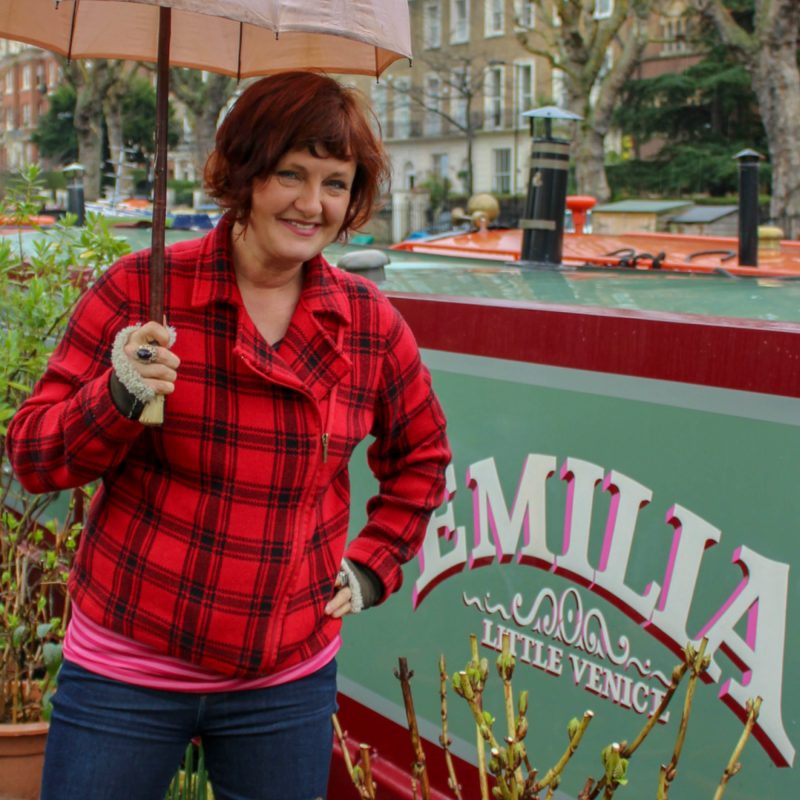 Yes, it’s happened to me too. On the middle of the street in Newcastle.

Annette Dittert: I can also see the re-awakening of anti-German sentiments when I read the newspapers. It relates to those right-wing national populist movements that we can also find in continental Europe again. In essence, Brexit is no different from those movements. But we must not forget that although anti-German sentiments are now more common than before, the focus of hate lies primarily on EU citizens from Eastern Europe. I have a lot of Polish friends here and for them it is truly terrible. When they speak Polish outside or are recognised as Eastern Europeans there is an immediate awkward silence. They feel even more unwelcome than we do. Many of my Polish friends are going home now. They have had enough. But I also have German friends who have decided to return to Germany with their families. That has also changed my own attitude to life here, my feelings about it, completely. In terms of my job it makes little difference as I am working for the ARD and am abroad a lot, so there is no immediate dependency on the UK. Existentially there is no threat. But the feelings towards my home of choice, London — they have changed 180 degrees.

When I hear such stories I always get really irritated by the number of British politicians and commentators who downplay all of this and seek to talk it away. ‚ This kind of thing doesn’t happen‘ is something one hears time and again. Daniel Hannan even coined a hashtag once: #DidntHappen.

But many like to sweep it under the carpet.

Annette Dittert: Yes, just like many other issues affecting the UK. something that actually helps explain why we are now faced with Brexit. When I wrote my book I was reading a lot and also spoke with many people, and that’s when I realised a lot of things. Brexit did not come out of nowhere. Maybe we also just were naive ourselves. My visit in the small village of Tissington is a good example — it shows you all one finds so cute about Britons … but really it has a reactionary core. But like many, particularly like many Germans, I used to look past that and just classed it as eccentric and a little bit quirky. It really is everything but. When I was in Tissington again recently this really all just got stuck in my throat. I noticed how many things I previously, whether consciously or unconsciously, did not want to see. All that xenophobia, the Little Englandism, it’s always been there. It is worse now, it is allowed now, but it is not new.

Indeed, I agree. Earlier you spoke about ‚home of choice‘ and said that some of your friends are now going ‚home‘. Therein lies an interesting question: what is ‚home‘ for you? I always find this difficult myself.

Annette Dittert: It is big theme in my book. As a former foreign correspondent it has always been a thing because I couldn’t really stay anywhere for longer. That was also the reason why, when I arrived in London from New York, I said that I would stay here now. But when I arrived in 2008 the atmosphere was very different. I felt so welcome and comfortable from the first day and thought: this is home. If that even exists for someone who is always on the road. A feeling of home. That feeling is gone now. London is the place where I live, especially my boat here and the small community around it. But I would no longer say that it is my home. I have realised that Germany is home because the British won’t even allow it any other way. That is a very painful experience. 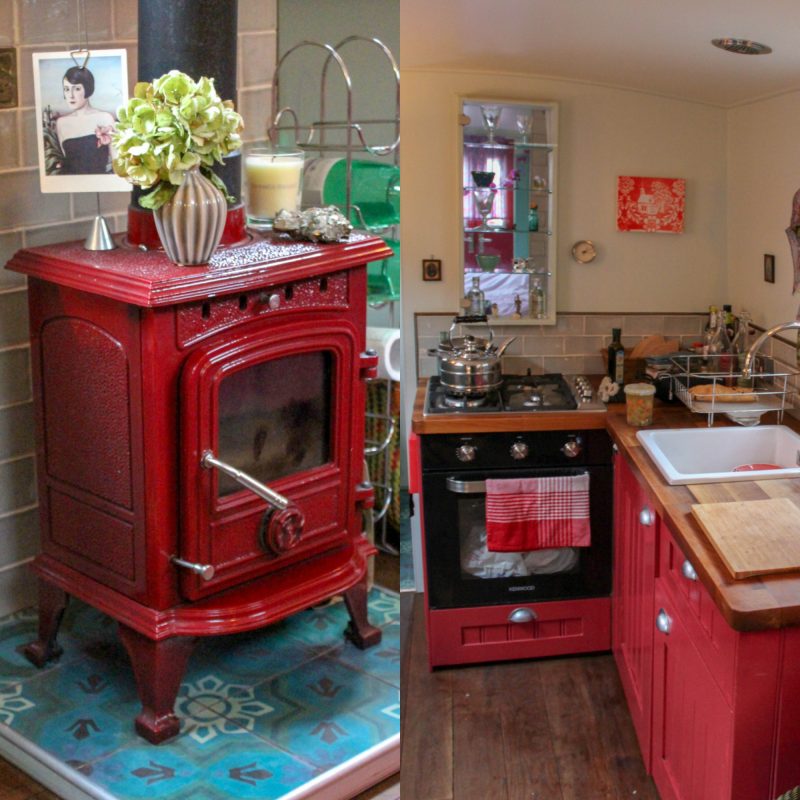 Yes,  for me too. But enough about Brexit! Tell me about you boat, Emilia. I love being able to be here!

Annette Dittert: My boat is the place where I live and I feel at home in it; that will forever be so. I won’t take it away even though my friends in Germany often tell me to just move it to one of the canals in Hamburg or Berlin. But an English canal boat — it just wouldn’t be happy there. It belongs here. And I still feel that I do. But London is its own cosmos. The boat is definitely different than buying a flat. I designed everything the way it is. Building a boat like that, it’s like moving into an object. Because it is so small and intimate, it feels like climbing into a glove. I really love it very much. It’s difficult to describe.

I can unterstand that now that I am here! Doesn’t the Danish language have a word for such a feeling—hyggelig. That’s what it seems like to me: the perfect definition of hyggelig. Before we come to an end let’s also talk about, in light of what happened over the last few weeks, your arte documentary. I was very shocked when I heard about the attacks against Róża Thun and you.

Annette Dittert: Yes, that was quite something. It is not only the UK where a whole country has been taken hostage by right-wing populists. The situation is particularly dramatic in Poland. Also more dramatic for the EU than Brexit, because Poland is a member of the EU and the Polish government is trying to destroy, to hollow out, the EU from the inside. My film was just a normal documentary about a Polish opposition politician. But what happened  in Poland in the aftermath of its screening is incredible and shocking. The documentary was defamed in the news as anti-Polish Nazi propaganda. For Róża Thun it is especially bad. She received a deluge of death threats and a mock hanging of her was staged at a demonstration. The propaganda attacks unleashed against critics of the government are incredible. I was described as the successor of  Leni Riefenstahl. The good thing about the documentary is that people in western Europe, especially in Brussels, can see clearly now how bad the situation is. Whoever dares to criticise the government is faced with a propaganda attack machinery. I sometimes worry about Thun. But at least the EU Parliament has now agreed to dismiss Ryszard Czarnecki as Vice President because of his role in this. In that sense the documentary has achieved a lot.

Yes, indeed. And your book too. Thanks very much for the conversation and the hospitality on Emilia!